Seminar of Philosophy of Science

Title: Replicability in cosmology: lessons to be drawn from the Hubble constant so called 'crisis'

Speaker: Dr Marie Gueguen, Center for the Philosophy of Science, University of Pittsburg

Details:
We are organising a cycle of seminars of philosophy of science this semester at the APC.

Seminar of Philosophy of Science

Title: Epistemology of the LIGO-Virgo detections

Details:
We are organising a cycle of seminars of philosophy of science this semester at the APC.

The 'Cosmic Rays and Neutrinos in the Multi-Messenger Era' conference aims to bring together the scientific communities working on high-energy cosmic rays and neutrinos, from an experimental point of view as well as from a theoretical and phenomenological sides. In addition to detailed presentations of theoretical models dealing with the production of cosmic rays and astrophysical neutrinos, the conference will include reviews of the latest experimental results as well as prospects for the next decade.
Dynamical mechanisms are essential to exchange angular momentum in galaxies,
drive the gas to the center, and fuel the central super-massive black holes.
While at 100pc scale, the gas is sometimes stalled in nuclear rings, recent observations
reaching 10pc scale, or 60mas with ALMA, have revealed, within the sphere of influence
of the black hole, smoking gun evidence of fueling. Observations of AGN feedback
will be described, together with the suspected responsible mechanisms. Molecular
We are happy to welcome Valeria Pettorino (CosmoStat, CEA Paris-Saclay) for our colloquium next week. Valeria will talk about "Dark Energy from Planck to Euclid: degeneracies in the dark sector”  in Amphi PGG on Friday, March 6th at 11am. 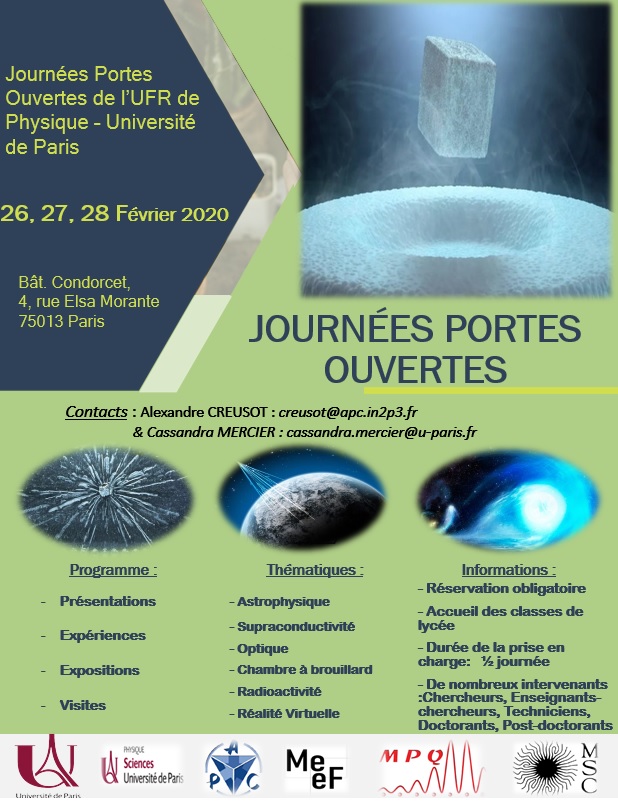