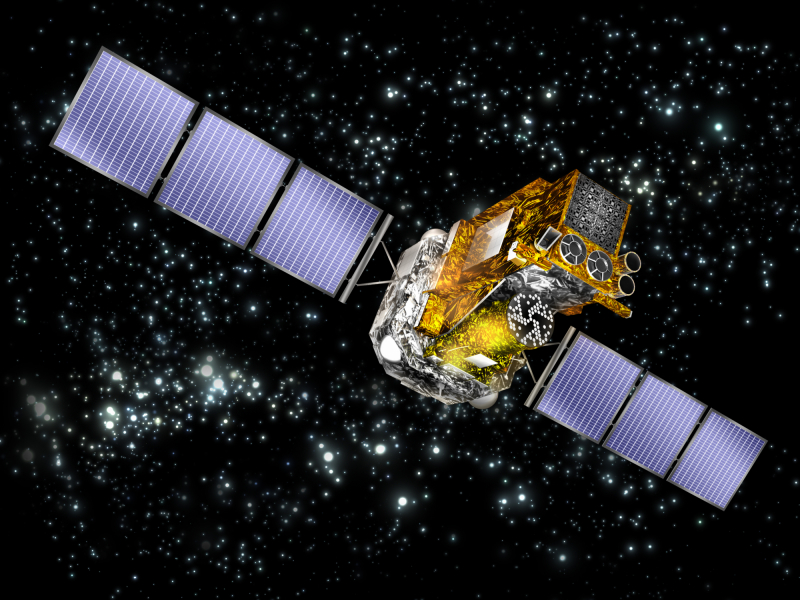 INTEGRAL (International Gamma-Ray Astrophysics Laboratory), an astronomical mission of the European Space Agency, is devoted to the in-depth exploration of celestial emissive sites in the spectral band of low-energy gamma rays. On 17 October 2002, a Russian Proton rocket placed the INTEGRAL satellite in a very eccentric orbit (perigee: 10,000 km, peak: 150,000 km). The mission is based on the implementation of two devices with coded apertures simultaneously observing the same field of the sky in the 15 keV band at 8 MeV. The IBIS telescope provides images of the field (19 °) with a separating power of 12 'and a location accuracy of the bright sources <1'. 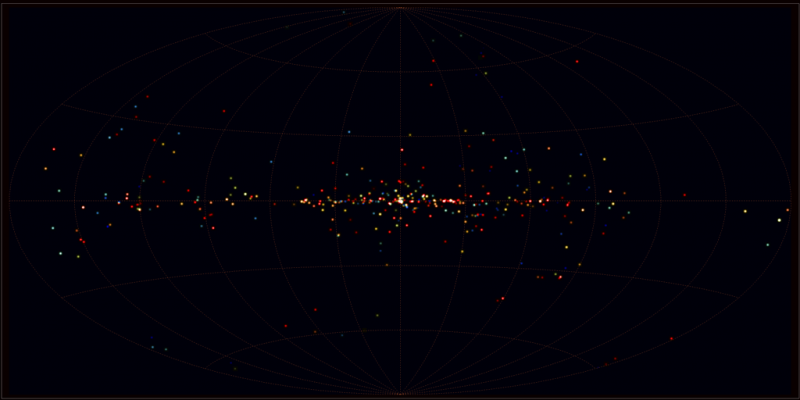 The SPI spectrometer produces the spectrum of the field sources with an E / ΔE ~ 500 energy resolution. INTEGRAL also includes the two JEM-X and OMC monitors operating respectively in the X-ray band (4-30 keV) and in the (550-850 nm). The mission is expected to continue at least until 2023. The APC team has contributed to the in-flight maintenance of IBIS, its calibration and the scientific processing of data gathered by the INTEGRAL space observatory, focusing on the following research axes: the study of binary systems exhibiting accretion phenomena induced by a black hole of stellar mass, the study of stars with strongly magnetized neutrons isolated or in binary system, the study of the remains of recent supernovas, the study of the galactic nucleus and the ultra black hole, the study of gamma-ray bursts, the study of the emission of a continuous nature which is manifested on a large spatial scale in the gamma ray of low energy, annihilation electron positron from the central regions of the Galaxy. More recently, the APC team has been actively involved in the multi-messenger activities of the mission with the detection of the electromagnetic counterpart to the gravitational-wave source GW170817 and the follow-up of high-energy neutrinos.