Dynamical mechanisms are essential to exchange angular momentum in galaxies,
drive the gas to the center, and fuel the central super-massive black holes.
While at 100pc scale, the gas is sometimes stalled in nuclear rings, recent observations
reaching 10pc scale, or 60mas with ALMA, have revealed, within the sphere of influence
of the black hole, smoking gun evidence of fueling. Observations of AGN feedback
will be described, together with the suspected responsible mechanisms. Molecular
outflows are frequently detected in active galaxies with ALMA and NOEMA, with
loading factors between 1 and 5. When driven by AGN with escape velocity, these
outflows are therefore a clear way to moderate or suppress star formation.
Molecular disks, or tori, are detected at 10pc-scale, kinematically decoupled
from their host disk, with random orientation. They can be used to measure the black hole mass. 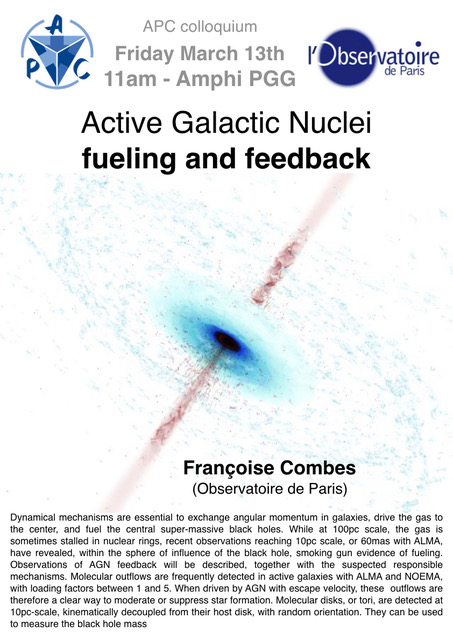