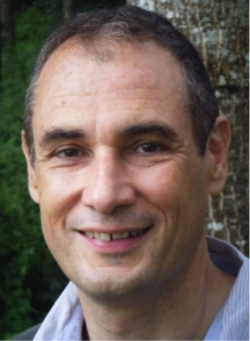 His main interests have evolved from high energy physics (notably supersymmetry) to cosmology and gravitation, and in particular the interface between the study of the primordial Universe and the theories of fundamental interactions. His recent interests included inflation models, dark energy, and gravitational wave cosmological backgrounds. During his prolific career, he published seminal papers that approached the 1000 citations each. For his research he has received several awards (Thibaud Prize, Paul Langevin Award from French Physical Socienty, Miller Professor 1996 in Berkeley). He was one of the most brilliant theorists of his time.

But his memory will also remain because, to paraphrase Andre Malraux, he combined "spirit and courage", since he knew that it was necessary not only to seek scientific truth but also to have the courage to organize the community for the scientific goals that this truth imposes and also fight within the institutions to defend them.

The oldest members remember the extraordinary intellectual atmosphere that animated the Supersymmetry Research Group (GDR), which he proposed and directed from 1997 to 2004, transforming it into an unprecedented crossroad for experimenters and theorists, a melting pot of new ideas of both theory and of experimental analysis at the turn of the century.

He also had the central intuition,  towards mid-2015,  a time when the detection of gravitational waves was for many a distant dream to involve France through CNES in the space program of detection of gravitational waves: LisaPathfinder and Lisa. A scientific choice to which he devoted a great part of his dynamism and this until and during the days of his hospitalization.

APC researchers and engineers also remember the energy and dynamism that he put into the foundation of the Astroparticle and Cosmology Laboratory (APC) since 1999, following an incentive from Luc Valentin. He was the director of the APC until 2013. He accompanied this original endeavor of the Paris Diderot University and the IN2P3 / CNRS, the CEA and the Observatoire de Paris, with an inexhaustible inventiveness. We owe to him the firm involvement of the laboratory to Space Sciences, the interdisciplinary opening to the Earth Sciences, the realization of the importance of Data Sciences with the François Arago Center, the foundation with George Smoot, Nobel Prize in Cosmology,  of the Paris Center for Cosmological Physics (PCCP) and the immersion of the APC in a global network of equivalent centers  of excellence (for example, the Associated International Laboratory with KIPAC at SLAC, relations with the University of Chicago or KIT/Helmholtz at Karlsruhe).

He was also a professor, who inspired hundreds of students, and through the MOOC Gravity, in collaboration with G. Smoot, his courses reached thousands (96,000 enrolled). The expression of gratitude of the students but also of all those who followed him warmed the heart of Pierre but also of us, his colleagues. This MOOC was considered by Pierre  an avenue for the future; not a simple way to improve the visibility of the University, but a revolution in the way knowledge is diffused, similar to this of typography, and this revolution meant perhaps a new type of universities, and through them of society and humanity.

In parallel to these activities  (only four examples were chosen from among a multitude) Pierre found time to be president of the Fundamental Physics Advisory Group (2008-2010) and the Fundamental Physics Roadmap Committee (2009-2010) of ESA; the French consortium of the LISA space mission;  the Theory Division of the French Physical Society (1995-2003); the interdisciplinary section of the Astroparticle (2003-2004) and the Theory sections (2005-2008) of the CNRS. He was  finally the Director of the Endowment Fund "For Research and Training in the Physics of the Universe".

This activity, pursued with enthusiasm and unfailing rigor, was accompanied by a great culture and sophistication, a profound knowledge of the arts, where he propelled several actions between art and science, and especially a great human quality. This quality has made that the news of his disappearance has been lived with great sadness throughout the world. As one of his eminent colleagues said of him: "Peter was one of those very exceptional people who was at the top of the game and, at the same time, a remarkably pleasant colleague. "

French science but also Europe and  the world has lost one of its exemplary practitioners.