In the last two decades, cosmological data from observations of the cosmic microwave background fluctuations, large-scale galaxy surveys, studies of large scale structure formation and of the dynamics of galaxy clusters, have all provided a wide range of astronomical evidences of the existence of gravitational effects, not arising from normal matter. The source of this deep mystery is a non-ordinary matter, called “dark” because it is invisible. Understanding the “dark matter”, which constitutes about 1/4 of our Universe, is one of the most important challenges in modern cosmology.

One possibility, motivated by considerations in elementary particle physics, is that dark matter consists of undiscovered elementary particles. A leading candidate explanation is that Dark Matter is composed of Weakly Interacting Massive Particle (WIMP) formed in the early universe and gravitationally clustered together with the standard baryonic matter.

Several terrestrial experiments are searching for WIMP collisions with ordinary nuclei, whose recoils could in principle be observed at low energies (< 100 keV). The very low interaction rates expected in this kind of research push the experiments to explore new avenues to increase the sensitivity to the WIMPs trough their scattering with target nuclei. 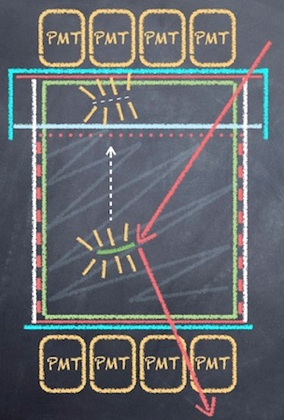 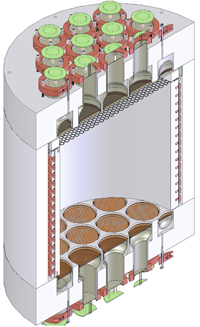 Liquid argon based detectors offers at the same time the advantage of a target scalable to multi-ton masses, and the unique add-on key feature of the excellent pulse shape discrimination power to disentangle WIMP signal from electron-like background.

DarkSide is a multi-staged program for developing two-phase LAr TPCs using several innovative techniques to positively identify Dark Matter signals and to understand and suppress background. In the current phase, the DarkSide-50 detector has 50 kg LAr fiducial mass and is running since November 2013. DarkSide-50 has already demonstrated the exceptional LAr discrimination power (>107) for rejecting electron-like background, the low 39Ar contamination in LAr extracted from deep underground, and the high efficiency of an active neutron veto to strongly suppress neutron background.

The DarkSide program is intended to progress to multi-ton detectors with high sensitivity for WIMP detection. 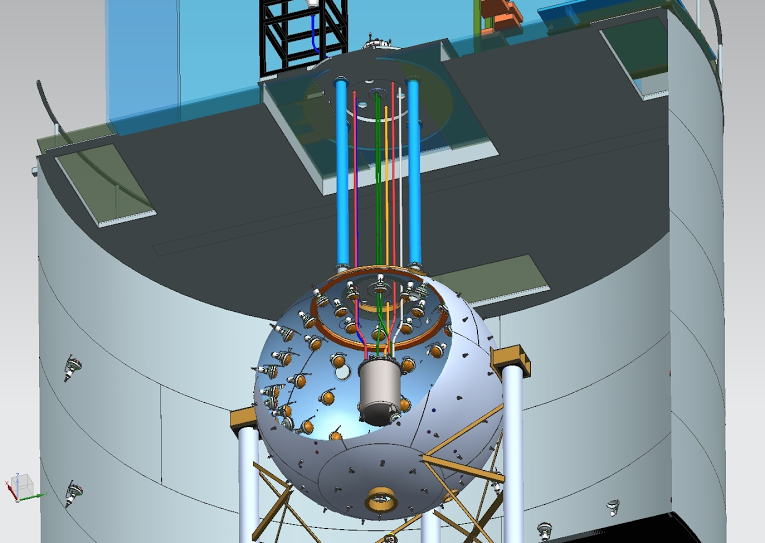